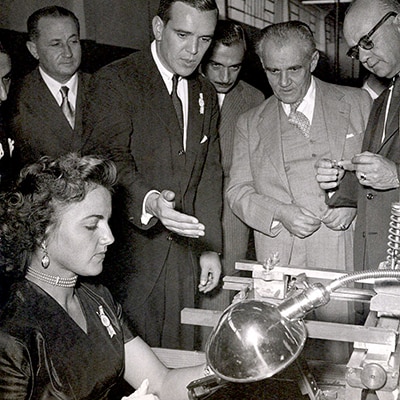 BD Director of Sales Amadeu Ferriera guides Dr. Romeu Abreu, president of BD in Brasil on the production line in 1956.

In 1956, on a routine business trip to Brasil, Fairleigh Dickinson, Jr., son of the founder of BD, met Romeu do Carmo Abreu, an entrepreneur who manufactured glass syringes on an artisanal scale. From the meeting came an agreement to expand the syringe business in the country, and Becton Dickinson Surgical Industries S.A. was born.

During the subsequent years, BD in Brasil has grown as an increasingly important business and manufacturing center. With this growth has come an expanded role in contributing to social programs. This year, as we celebrate its sixtieth anniversary, associates have contributed to a number of outreach activities that have made an impact on those they touch. 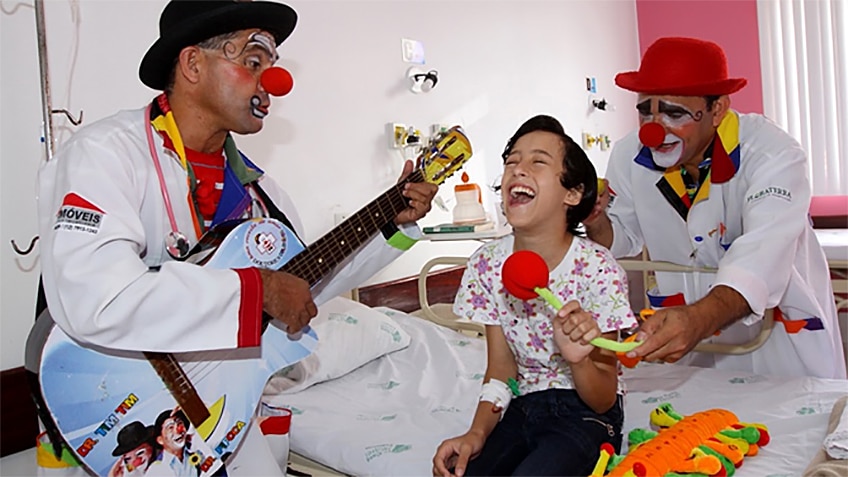 Two Doctors of Joy bring laughter to a hospitalized boy

An example is Doutores da Alegria, or Doctors of Joy, a non-government organization (NGO) made up of forty professional performers who dress up in clown costumes and visit children and teenagers in public hospitals and environments of vulnerability and social risk. For its part, BD-Brasil has contributed funds to the program over the last three years, and has also recently enjoyed a visit to their São Paulo office by the Doctors of Joy. Associate clothing drives have taken two forms. Cruz Vermelha (Red Cross) collected serviceable clothes and shoe donations from BD employees to help needy families face the winter with more security, dignity and warmth. The BD Social Responsibility Group also mobilized its members to collect blankets on behalf of Noites Solidárias, an NGO responsible for distribution to the homeless. 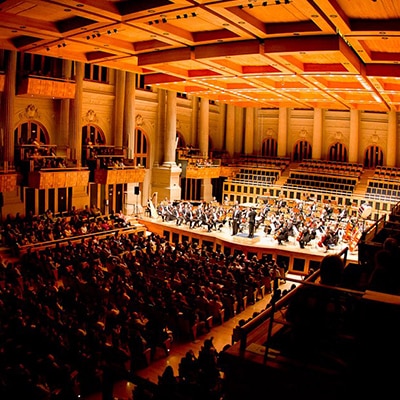 TUCCA (Associação para Crianças e Adolescentes com Câncer) was founded in 1998 by doctors, parents of patients and representatives of civil society to increase cure rates and improve the quality of life of children and teenagers with cancer. A significant portion of fundraising is done through a yearly concert series in which all proceeds go to TUCCA. Last year, BD-Brasil hosted a celebration of its 60th anniversary with a symphony concert at Sala São Paulo concert hall. With over 300 guests in attendance including BD Chairman, CEO and President Vince Forlenza, proceeds were donated to TUCCA.

Walter Baxter, BD-Brasil General Director said, “Supporting causes and projects that help others was always a privilege for us, and when we thought of an event celebrating BD, it made perfect sense to us that the social issue should go together.”

Watch this video to learn more about BD's 60 years of contributions to social programs in Brasil.