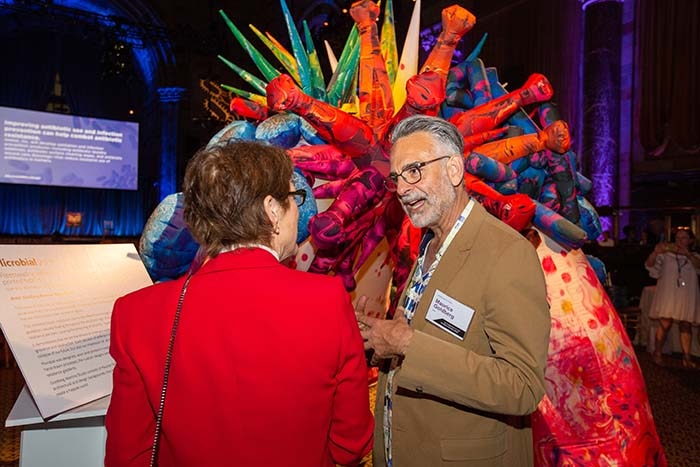 In September 2016, world leaders convened at the UN General Assembly to discuss antimicrobial resistance at a high-level meeting – only the fourth time a health topic has been the primary focus at a UN high-level meeting. All 193 member states signed on to combating AMR through a declaration to reverse the devastating trend that has resulted from the inappropriate use of antibiotics.

AMR is projected to result in 10 million deaths by the year 2050, making it among the leading causes of death, greater than cancer.1

BD, recently named to Fortune’s Change the World list for its global efforts and investments to combat AMR, joined The AMR Challenge in 2018, committing to help slow the spread of antibiotic resistance by addressing issues related to data and tracking, infection prevention and control, antibiotic use and diagnostics. More on the company’s AMR strategy can be found on the BD blog: BD named to Fortune's 2019 Change the World List

Last week, during the 74 th session of the UN General Assembly, the Bill & Melinda Gates Foundation, Wellcome Trust, American Society for  Microbiology, Antimicrobial Resistance Fighter Coalition (mobilized by BD), and the CDC Foundation co-sponsored an event to celebrate the year-long success of The AMR Challenge.

The event was attended by industry and world leaders who were invited to view art exhibits and the U.S. premiere of the Antimicrobial Resistance Fighters documentary, as well as hear from speakers such as Alex Azar, Secretary, U.S. Department of Health and Human Services; Dame Sally Davies, Chief Medical Officer for England and Chief Medical Advisor to the UK government; Juan Pablo Uribe Restrepo, Colombian Minister of Health and Social Protection; Poonam Khetrapal Singh, Regional Director of the World Health Organization South-East Asia Region; and David Ricci, survivor of an antibiotic-resistant infection.