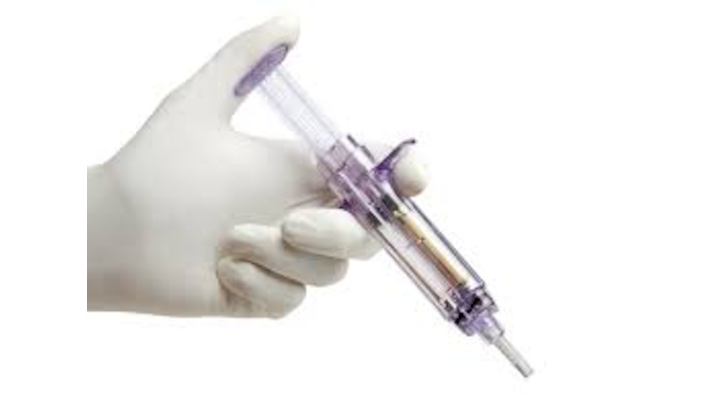 Thank you for contacting our sales team!
A sales representive will get in touch with you shortly.
Ordering

Custserv.davol@bd.com
Shipping a Product Back

The only sealant FDA approved to treat air leaks regardless of your approach.

Progel™ Pleural Air Leak Sealant is the only sealant FDA approved and clinically proven to seal air leaks in both open and minimally invasive thoracic surgery2. Progel™ is a specialized product designed with a unique combination of strength, flexibility and adherence that allow it to expand and contract with the lung during respiration. In a clinical trial of patients undergoing Video-Assisted or Robotic-Assisted lung resection, Progel™ Pleural Air Leak Sealant sealed or reduced 96% of air leaks in the OR2.

3. Davol Inc. In Vitro Bench Testing. Data on File. In vitro test results may not correlate to clinical performance.

Intended Use / Indications For Use

Progel™ Pleural Air Leak Sealant is a single use device intended for application to visceral pleura after standard visceral pleural closure with, for example, sutures or staples, of visible air leaks incurred during resection of lung parenchyma.

Do not use Progel™ PALS in patients who have a history of an allergic reaction to Human Serum Albumin or other device components.

Do not use Progel™ PALS in patients who may have insufficient renal capacity for clearance of the Progel™ PALS polyethylene glycol load.

Do not apply Progel™ PALS on open or closed defects of main stem or lobar bronchi due to a possible increase in the incidence of broncho-pleural fistulae, including patients undergoing pneumonectomy, any sleeve resection or bronchoplasty.

Do not apply Progel™ PALS on oxidized regenerated cellulose, absorbable gelatin sponges or any other surface other than visceral pleura as adherence and intended outcome may be compromised.

The safety and effectiveness of Progel™ PALS has not been established in patients with the following conditions:

In a pivotal clinical trial there were 3 subjects in the Progel™ PALS group with AEs that were considered by the investigator to be possibly or probably related to the device. The AEs reported were: chest pain, constipation, gastroesophageal reflux, nausea, cough, dyspnea, pneumothorax, and subcutaneous emphysema. All were reported as a single occurrence in the Progel™ PALS group. Two of the AEs, dyspnea and chest pain, were reported as “severe” and “serious,” respectively and occurred in the same subject. All others were reported as mild or moderate. In a clinical trial there were reports of renal dysfunction, urinary system disorders and deaths within the study population. None of these have been confirmed to be associated with Progel™ PALS.

In a subsequent minimally invasive clinical trial there were no device related adverse events or unanticipated adverse events. The majority of AEs reported in this study were mild or moderate in severity. The majority of SAEs were pulmonary and expected events as part of a lung resection surgery. Two patients died during the course of the study, one due to cardiac arrest and another due to multi-system organ failure; neither were device related or unanticipated.

The details of these clinical trial adverse events can be reviewed in the IFU supplied with the product an d also available at www.bd.com

Caution: Federal (USA) law restricts this device to sale by or on order of a licensed physician or properly licensed practitioner.

BD’s collection of literature on industry and on our offerings gives you information you can use to continue striving for excellence.

BD offers training resources to help improve your clinical practices as part of our goal of advancing the world of health™.

BD supports the healthcare industry with market-leading products and services that aim to improve care while lowering costs. We host and take part in events that excel in advancing the world of health™.

If you are a patient or end user, you can contact us yourself, or you may have your caregiver or your physician do that for you. To help us process your
information quickly and effectively, please contact our customer complaints
team.

To better facilitate our investigation, please include the following information in your reporting:

References
false
Chat with us
Our live chat is available between the hours of 8.30am - 5.00pm EST, Monday - Friday
×